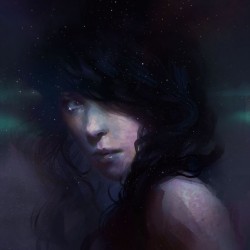 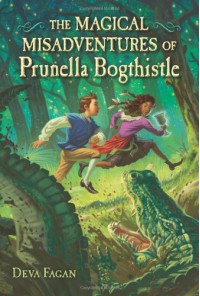 It was cute enough.

Nothing serious. Very light and easy.

The atmosphere was very "The Princess and the Frog" Disney movie. Down in the bayous and bogs of a magical Louisiana is what it felt like to me.

The characters, Prunella and Barnaby, were nothing special. They weren't quite cookie-cutter but on the verge.

The plot was rather blah till around page 200 and then we got some background as to the chalice and the grimoire. That made me very happy. That was the best part of the book. BACKSTORY!!

Prunella Bogthistle wants nothing more than to be a proper bog-witch and for her Grandmother to be not only proud of her, but to show it. Maybe smile at Prunella once in a while. But the problem is, no matter how hard Prunella tries, her spells never seem to turn out quite right. They backfire dreadfully. She can't seem to do anything. So she sets off on a quest to find her great-great-great (I might be off a great) Grandmother Esmeralda's grimoire.

And, of course, it wouldn't be a proper adventure without a smug but charming thief-hero along for the ride, now would it?

Though he has his own agenda: The Mirable Chalice.

They get into scrapes and save (slightly hostile towards bog-witches) townspeople. More than a few spells go wrong. They, mostly, accomplish their goals.

Prunella and Barnaby had a sweet friendship and I was so glad that there was no tweenteen romance. Hallelujah!!

Overall, cute and fun but there are plenty of better MG fairytalesque books out there.